A Gateway to Discover SCU

Sichuan University (SCU) is one of China’s longest established modern univer­sities with a history that can be traced back to the founding of Sichuan Sino-Western School in 1896, set up under the rule of Qing Dynasty Emperor, Guangxu. The current SCU was born of two mergers, first in 1994, with the former Chengdu University of Science and Technology, and then in 2000 with the former West China University of Medical Sciences.

Located in Chengdu, the culture-steeped capital of Sichuan province, SCU is a national key university under the direct ad­ministration of the Chinese Ministry of Education (MOE), and counts among the top 10 in the China University Rankings, compiled by the China University Assessment team. It has been designated for both the 211 Project and the 985 Project, and is of strategic importance in China’s western development plan. It has now set its sights on becoming one of the world’s first-class research universities.

SCU has three campuses in Chengdu, sprawling across 7,050 mu (470 hectares). It has 33 colleges, offering a comprehensive range of disciplines, covering humanities, science, engineering, management, medicine, law, agriculture, education and arts. It is authorized by the state to grant doctoral degrees in 44 disci­plines. According to Thomson Reuters’ Essential Science Indica­tors (ESI), 13 of its disciplines are ranked among the global top 1% and chemistry is ranked among top 1‰globally. With 5,238 full-time faculty members, including 1,051 full professors, 1,230 associate professors and 15 members of the Chinese Academy of Sciences (CAS) and the Chinese Academy of Engineering (CAE), the university is enhancing its strengths in education and re­search, broadening international collaboration, and making greater social impacts. It has become a major driver of the soci­oeconomic development in western China. 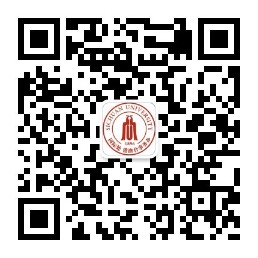