From May 23rd to 24th, the third meeting of the Council of Sino-Russia Cooperation between the regions along the Yangtze River and the Volga River and the Second Alliance Forum of Universities from these two regions were held in Cheboksary, Russia. President of SCU Li Yanrong led a delegation to attend the meeting.

The Chinese State Councilor Wang Yong, and the plenipotentiary representative of the Federal Republic of Russia for the Volga Federal District, Kamarov, as well as government officials from both countries, including: the Chinese Ministry of Foreign Affairs, the Ministry of Commerce, the National Development and Reform Commission, the Ministry of Culture and Tourism, and 14 federal districts of Russia, attended the meeting.
From the afternoon of the 23rd to the 24th, the SCU delegation attended the Second Alliance Forum of Universities along the Yangtze River and the Volga River hosted by the Nizhny Novgorod National Technical University. State Councilor Wang Yong and the plenipotentiary representative Kamarov, together with the main leaders of the Chinese and Russian universities, President Li Yanrong and President Dmitriev, attended the opening ceremony. 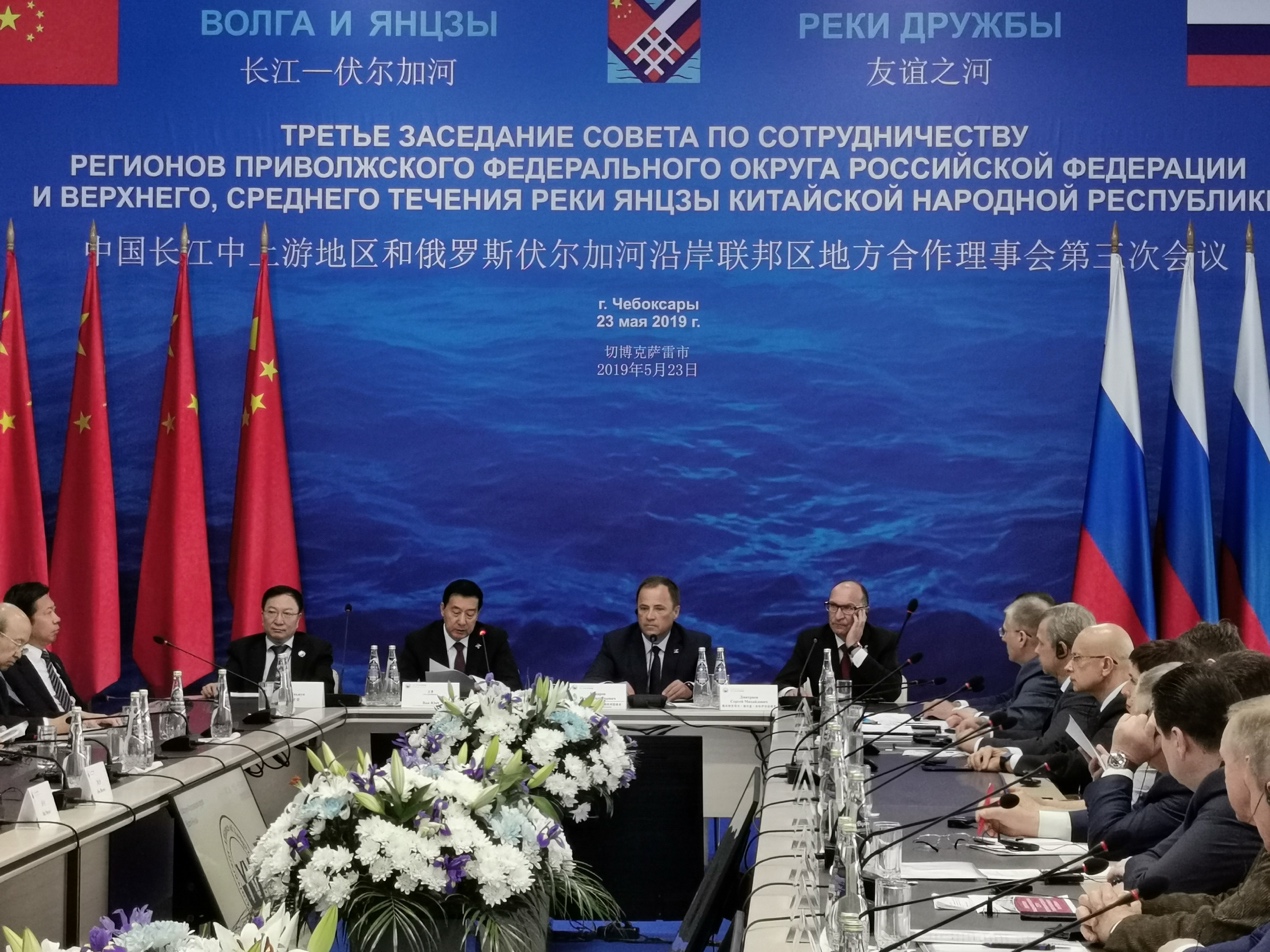 State Councilor Wang Yong pointed out in his speech that, the Alliance of Universities along the Yangtze River and the Volga River shoulders an important mission of expanding exchanges and cooperation between the higher education institutions of both countries and providing intellectual support to these two regions. Since its establishment in June 2017, this Alliance has grown rapidly into a 82-member organization, making it an effective platform to promote in-depth exchanges and cooperation in education, science and humanity. Mr. Wang Yong and Mr. Kamarov underlined the need to make good use of the Alliance to promote more exchanges and cooperation between the universities in these two regions. 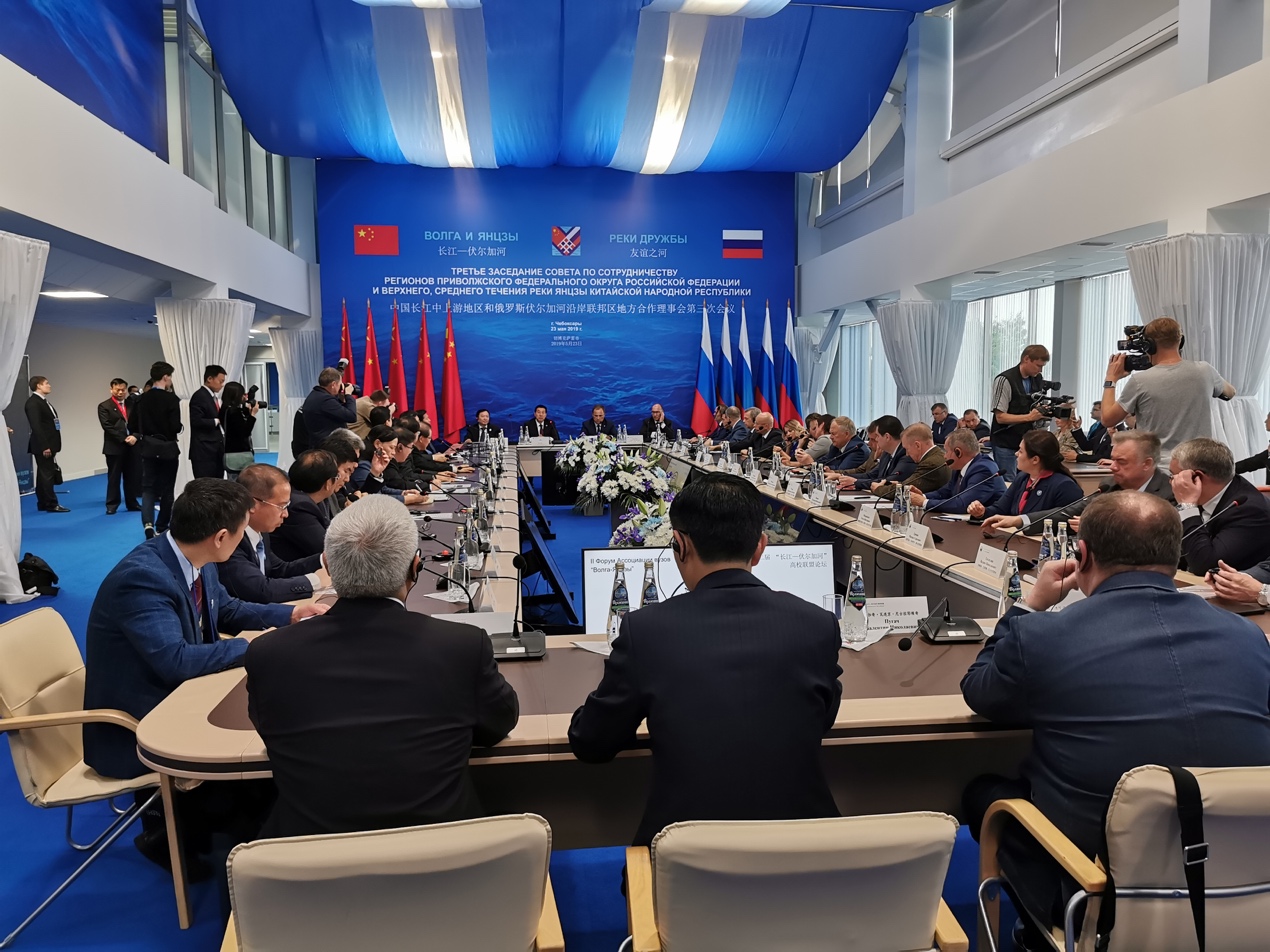 President Li Yanrong, the Chinese Chairman of the Alliance, stressed that the Alliance Forum of Universities along the Yangtze River and the Volga River has drawn 32 Chinese universities and 50 Russian universities since 2017, conducted fruitful cooperation in the fields of education, technology and culture, and made positive contributions in promoting humanity exchanges between the two countries and expanding cooperation between Chinese and Russian universities. In the future, we hope to join hands to build a cradle for the growth of the young talents, and bridge the gap for Sino-Russian cultural exchanges, thus turning itself into a high-end think tank for Sino-Russian regional cooperation and an important platform for sci-tech cooperation and innovation. 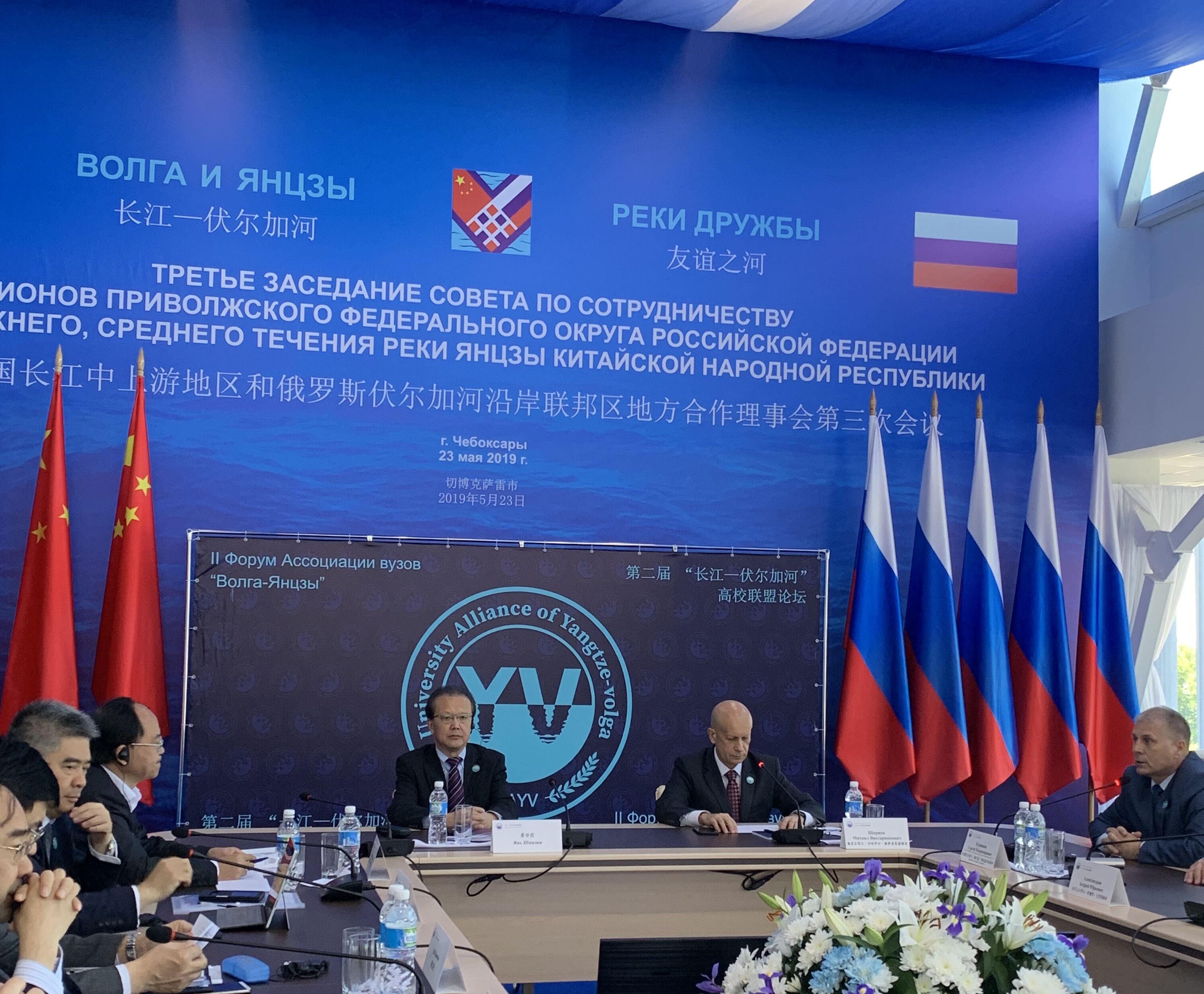 At the closing ceremony, SCU Vice-President Yan Shijing, the Chinese Secretary General of the Forum, made a concluding speech. The Alliance of Universities along the Yangtze River and the Volga River is geared to share resources and promote mutual development, he noted, adding that this platform shall be fully exploited to create an innovative mode of Sino-Russian humanity exchange and cooperation. It's expected that the achievements of the Forum could inject an impetus to further exchanges and cooperation between both sides.

Relevant officers of the International Office, the College of Foreign Languages and Cultures, and the School of International Studies joined this event.
The Alliance Forum of Universities along the Yangtze River and the Volga River was formally established on June 16, 2017. Upon approval by the Ministry of Foreign Affairs, Sichuan University was appointed as the Chinese initiator and Nizhny Novgorod National Technical University as the Russian initiator. In October 2017, SCU hosted the first president forum and think tank forum of this Alliance.