On March 30th, the famous Russian-American mathematician Efim Zelmanov visited Sichuan University, where he was appointed honorary professor. Zelmanov was received by SCU President Li Yanrong, university leaders and faculty of the College of Mathematics.

President Li gave an all-round introduction to the historical background, development and academic foci of the university, highlighting in particular SCU’s comprehensive efforts toward building a world-class university and strengthening its key disciplines. Mathematics, chemistry, physics and biology are among the university’s notable disciplines, each with its own distinction. The discipline of mathematics in particular has been an important focus. President Li is confident that Professor Zelmanov’s appointment as honorary professor of Sichuan University will further inspire the development of this branch of learning at SCU. 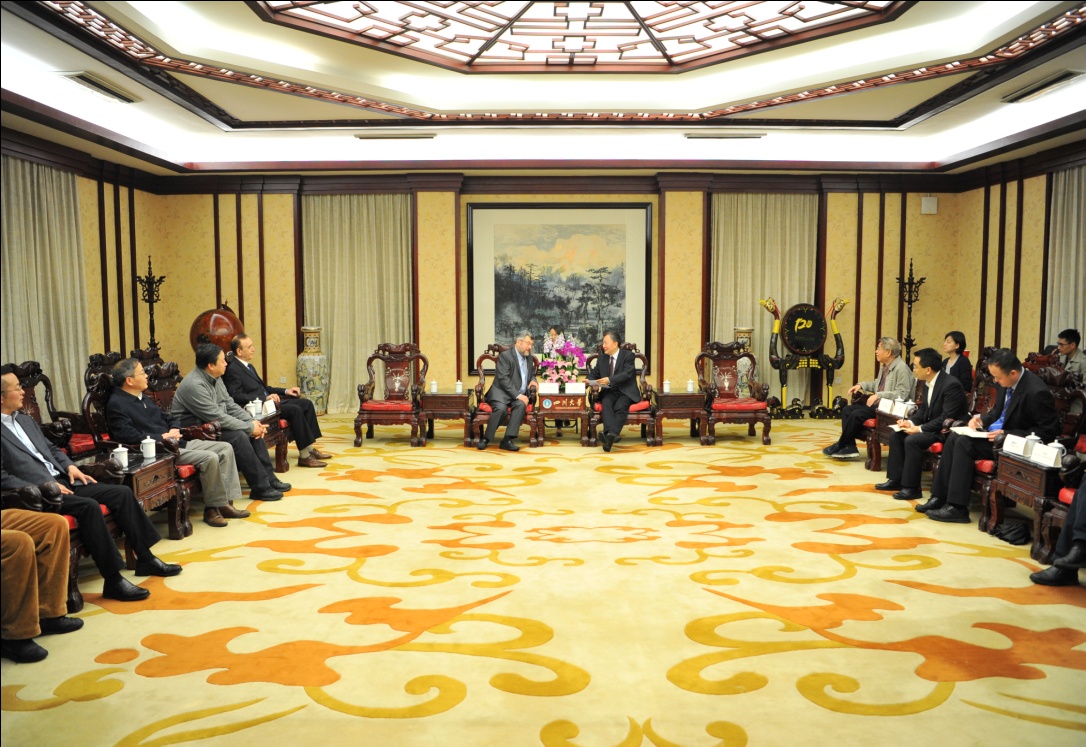 Efim Zelmanov, professor of the University of California, San Diego, and outstanding professor of the Korea Institute for Advanced Study, is among the world’s leading mathematicians. In 1994, Zelmanov was awarded the Fields Medal for his groundbreaking accomplishments in algebra. Professor Zelmanov is a member of the American Academy of Sciences, member of the American Academy of Arts and Sciences, overseas member of the Korean Academy of Science and Engineering and member of the Spanish Royal Academy of Sciences; he is also a fellow of the American Mathematical Society. In recent years, he has been collaborating with several mathematicians of the geometry and algebra teams of SCU’s College of Mathematics. During his meeting with President Li, Professor Zelmanov expressed his thanks for the warm welcome at SCU. Noting the remarkable development of mathematics at SCU, a university known across China for its leadership in comprehensive higher education, Zelmanov looks forward to a long and fruitful collaboration with his Chinese colleagues.

At the close of the meeting, President Li Yanrong conferred the honorary title by presenting Professor Zelmanov with a letter of appointment.